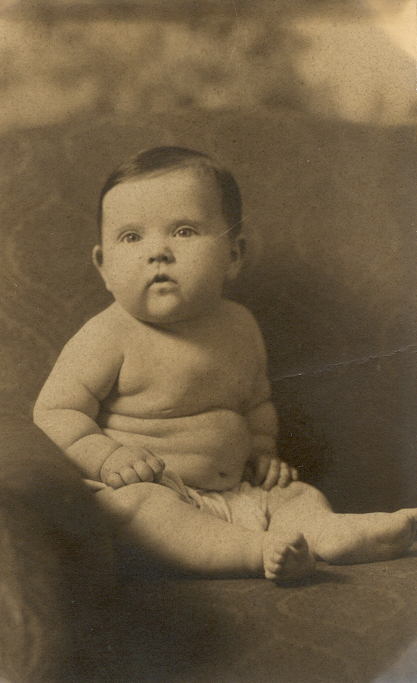 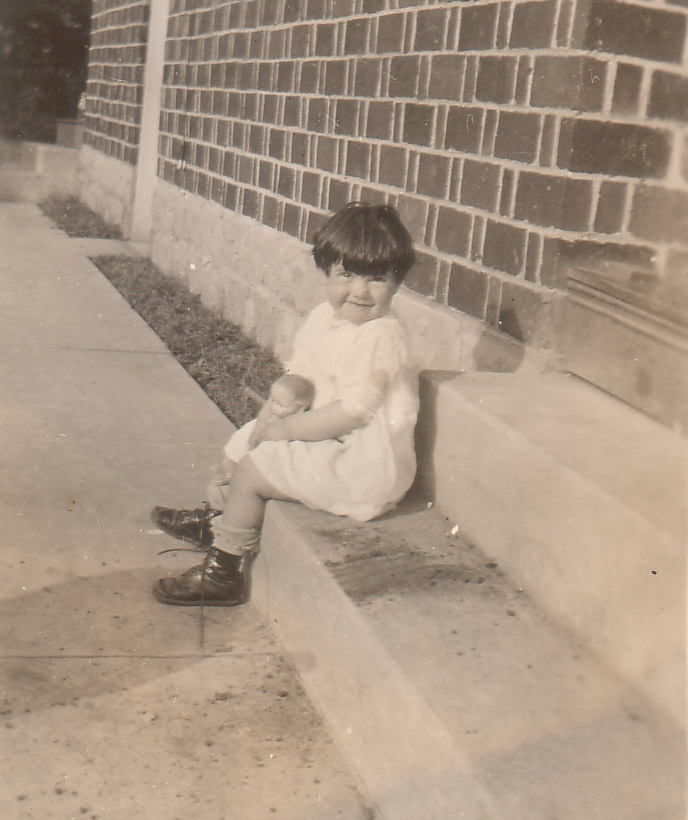 From a tape recording of Viola Nevy Orsinger on February 2, 1996

I must have been about five years old. Mother and Dad and our whole family, Inez, Aldo, Florence, Gloria and I drove to Vintondale, Pennsylvania for the baptism of my cousin, the daughter of Terezina and Charley. I think my parents were to be the Godparents.

We were there for the whole weekend. We had gone to church for Mass that morning, and my cousin was baptized after the Mass. We had our dinner with all our relatives around one o’clock.

My sister Gloria was three years old. She had been sort of cranky all that day; nothing pleased her. Mother said, “Take her down to the Ice Cream Store and get her an ice cream cone. Maybe she’ll feel better.

But after the ice cream she continued to cry and complain and was very uncomfortable. What it was, I have no idea. I was too young to know. Finally we came back to my Aunt Terezina’s house. Mother put Gloria down for a nap. It was probably two o’clock when she put her down.

Around 4:30 or 5, something like that, I came in from playing, into the dining room. You came in from the porch through the kitchen. There was this big table. My mother and my father and my other uncles and aunts were playing cards seated around this large table. I came in from somewhere and my mother said, “Viola, would you go up and wake Gloria because she probably sleeping too long and won’t sleep tonight.”

I can see that whole scene: going up the stairs to this back bedroom where we were. Because there were so many of us, they had taken mattress and put them on the floor. I remember it was rather warm, so it must have been summer, I can’t remember the date.

So I came into the room and she was lying on this mattress and she was turned away from the door where I had entered. I said to her

“Gloria, you can wake up.” She didn’t move. “Come on down, we’re going to have supper before long. Mother said to wake you up.”

And I shook her a little bit, shook her a couple more times and she still did not wake up. And I turned her over. And I guess she was cyanotic, which I didn’t realize at that time. There was a little bit of the ice cream on the pillow next to her where she had apparently vomited in her sleep. I knew right away that something was wrong. So I went downstairs where mother and the others were playing cards. I said- “Mother, you’d better come up and look at Gloria.” I said, “She looks dirty.” How could I explain that she was cyanotic? I stayed downstairs while mother went upstairs.

Soon she came down the stairs crying and screaming: “She’s dead, she’s dead!

It was a Sunday and they called the local doctor who was also the doctor for the mining people. And I went out and sat on the porch. They brought a little tub-like thing with water in it. They dipped her in that, maybe it was cold and hot, I don’t know what. They dipped her back and forth but there was no response.

I just sat there numb, watching all this. Then, I guess they decided she was dead and there was no way of saving her. I remember nobody came to tell me anything. I don’t remember where my brother and sisters where, or anybody else. All I remember was sitting there numb. It was getting late and I was still sitting there on this bench, alone. I didn’t know how to react. I just sat there numb. I sort of remember my grandmother, Nonna, taking me into the kitchen and offering me something to eat. I really wasn’t hungry. After that it became a big blank. I don’t remember much about it.

That night they sort of spread us children around, most of us in the same place. As I recall, I slept at Aunt Mary’s, four or five of us in a double bed, something like that, we young kids, my sisters and I, my cousin Emma and Alice, I guess. We huddled there together that night. And we survived the night. I worried that something would happen to me too, or my sisters and brother. I was really upset.

The next day we had a sort of little entourage of all these cars. She was in a little coffin and they put her in the back seat. It was my uncle Frank’s car; I’m not real sure. We drove back to Cumberland.

Mother had called ahead to a close friend, Anna Mae Mitchel. Anna Mae went over to our house, and came through a basement window and came into the house to sort of straighten it out. At that time, while we were coming from Pennsylvania into Maryland there was some sort of a law about carrying seeds into another state, I believe it was so they had these people who stopped you at the border and investigated to see if you were carrying anything over. I remember my father or my mother, I don’t remember which one telling them it was a funeral and were taking this little girl back to Cumberland where we lived. And so he passed us through.

I can remember being in Cumberland, and mother’s friend, Anna Mae being there and doing everything she could for us. My parents were very very upset, loosing a child at three years old. I don’t remember going to the cemetery. I may have, I can’t remember that. I’m not sure, but I think that we did have the casket there at home.

She’s buried there in the cemetery of Saints Peter and Paul, at the foot of my parents, my grandfather, Giacomo Galli, and our daughter Becky.

And until this day I hate to wake people up if they have been sleeping overtime. It still bugs me, that they may be dead. And this followed me all the way through nursing school. I didn’t want to wake anybody up. Even my husband, my children, or anybody else. I hoped they would wake up and that would be the end of it. 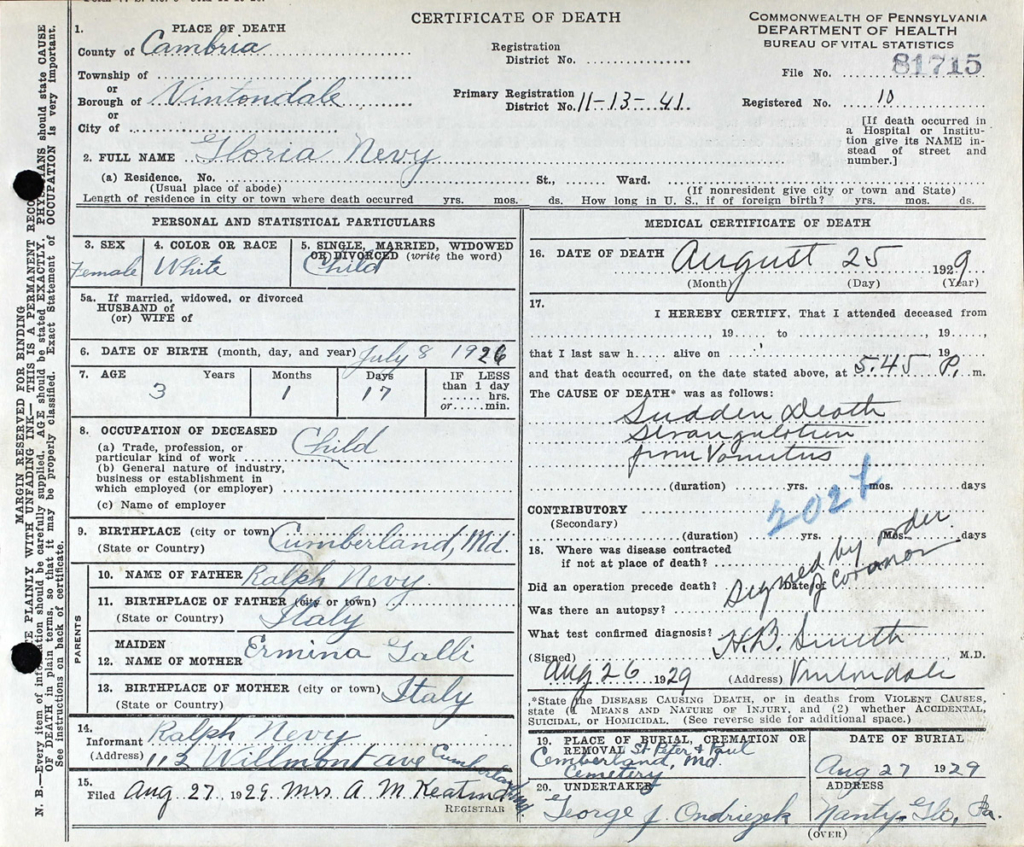