Ralph Nevy – postcards to (and from) the war in Libya

Ralph Nevy returned to Italy from the United States in order to serve his time in the Italian military. He signed up for the Alpini, an elite mountain warfare corps of the Italian Army. In 1911-1912 Alpini regiments, including Ralph’s, were sent to Libya to fight in the war against the Ottoman Empire, which was then occupying Libya. Ralph’s family and friends sent him postcards during his time there.

Grazie mille to Chris Lander for salvaging these postcards from Erminia Nevy’s house and to his son Nick for digitizing them. I welcome any corrections and additions to my translations. ~Joan Lander

Affectionate greetings from your sister Maria.  I am sorry to find you in those ugly (brutal, bad) places. Addio (Farewell)

According to one translation site, “Addio” is a phrase that is very rich in drama.  When you say “Addio” (to God), you are pretty sure you’re not going to see this person ever again.

“Greetings from your friend Roberto.”

Roberto could have also been in the Alpini military corps, as he sent the card from an area near Aosta, Ralph’s training site.  The postcard view is from one of the cable car stops, Pavillon Mont Frety, on the way up Mont Blanc.  This is a similar view to the 1968 photo by Bill Orsinger of Ralph and Erminia Nevy at the overlook to the summit. 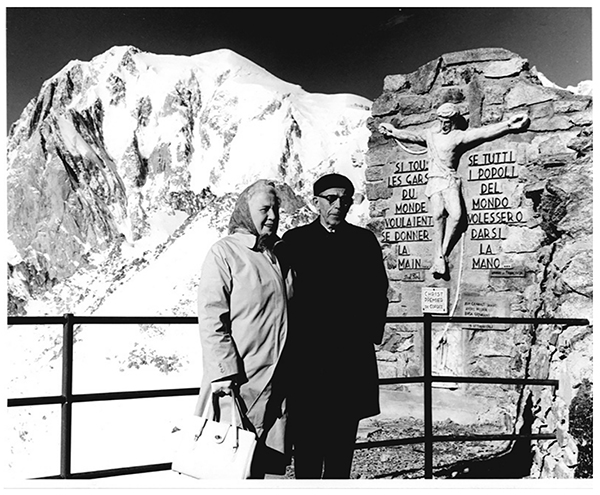 “With affection, greetings from your sister and mama, Caterina and Palmina” 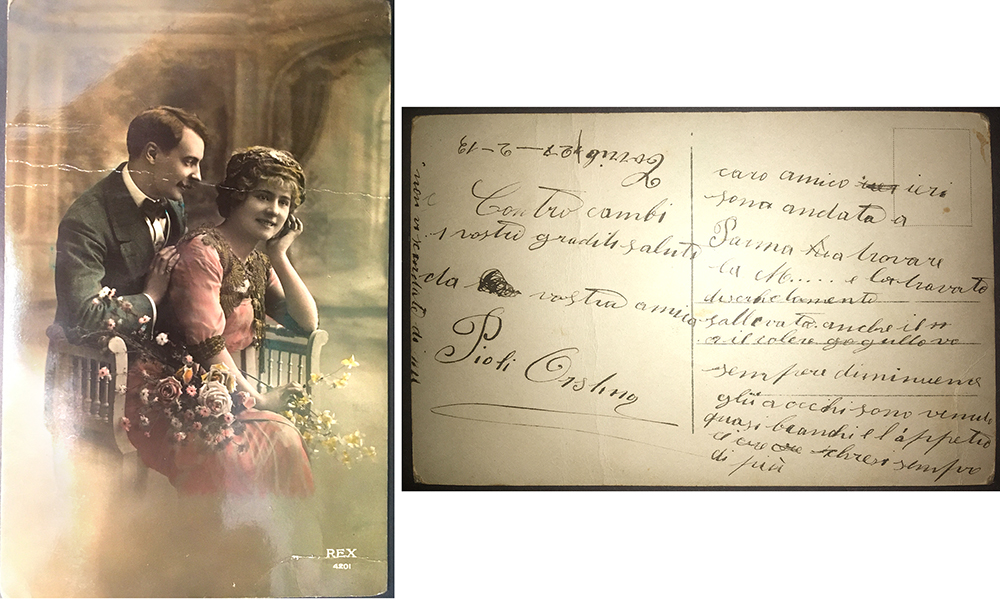 This 1912 postcard from Orstino Pioli appears to concern the wellbeing of a mutual friend in Parma.  (more translation needed)

Translation: Derna. Entrance to Little Lombardy where the defensive heroics took place by our brave Alpini troops on the night of March 4, 1912 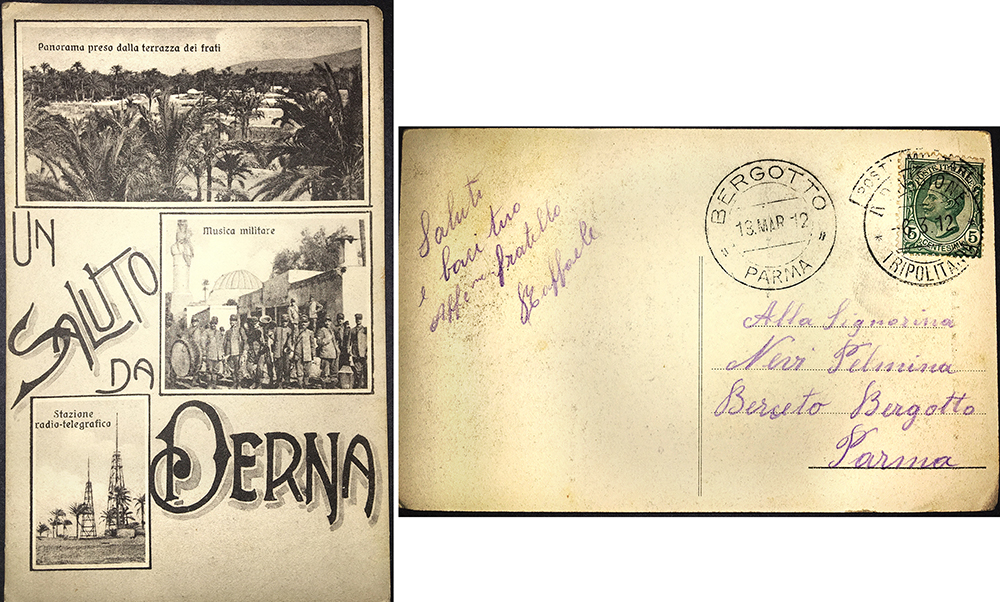 “Greetings and kisses from your affectionate brother, Raffaele.” 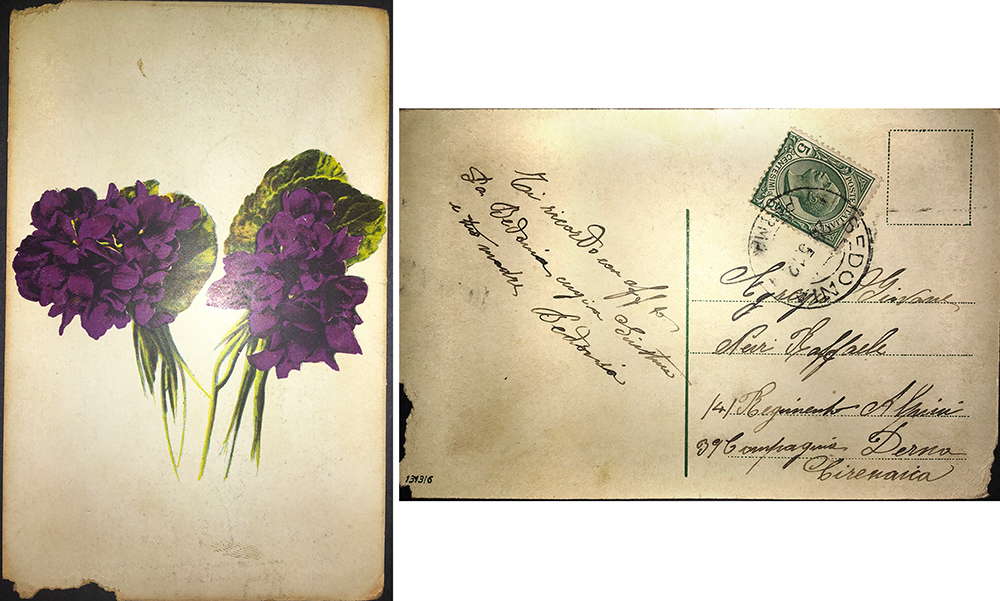 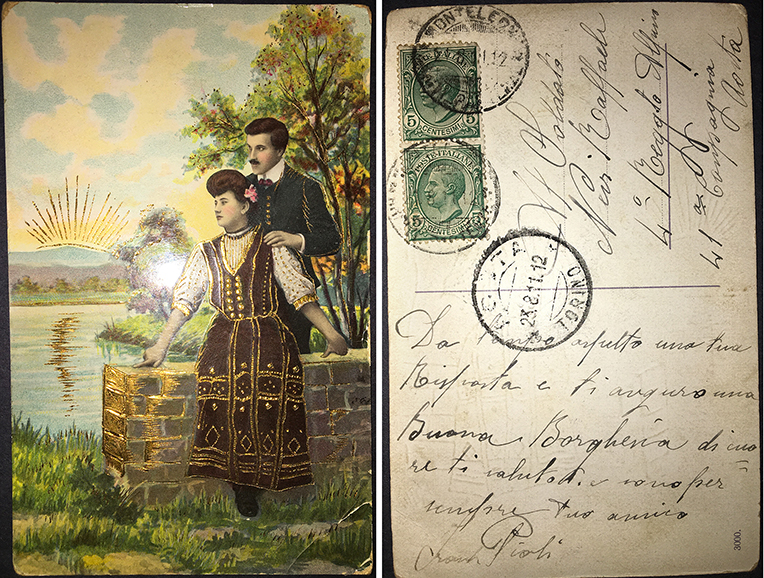 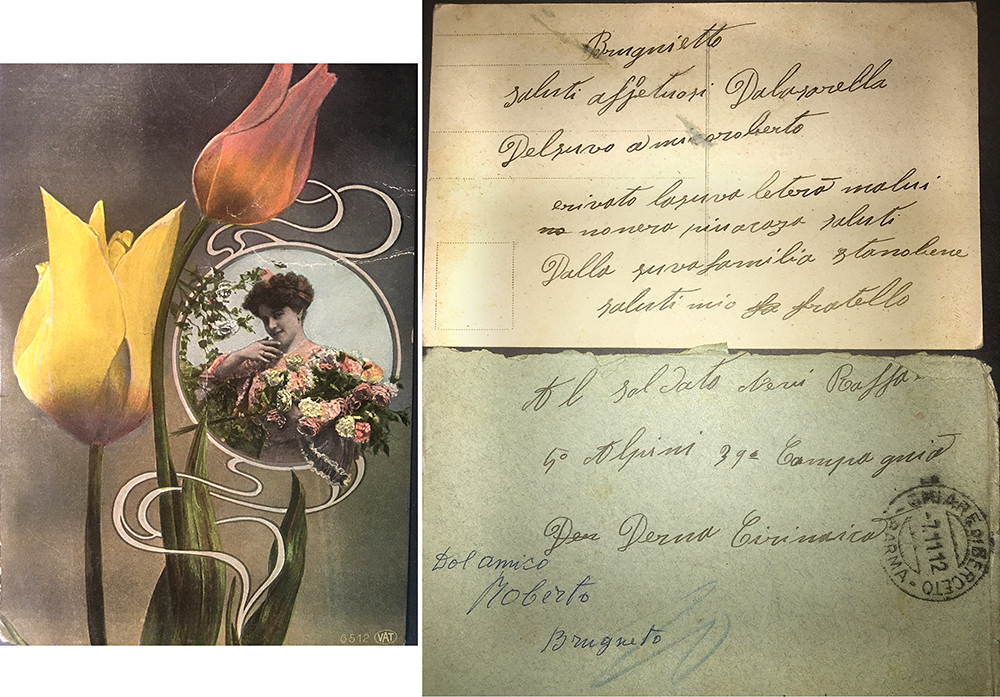 This November 7, 1912 postcard is from Roberto Brugneto in Berceto, Italy, to Ralph Nevy in Libya.  He appears to be writing on behalf of his family and says that the family is doing well.  (needs additional translation)

text on postcard:  La presa di Ain-Zara (The capture of Ain-Zara). The battle of Ain Zara was fought in December 1911 during the Italo-Turkish War, waged between Italy and the Ottoman Empire for control of Libya.

“Derna, 12-5-12. Greetings and kisses from your affectionate son, Raffaele” 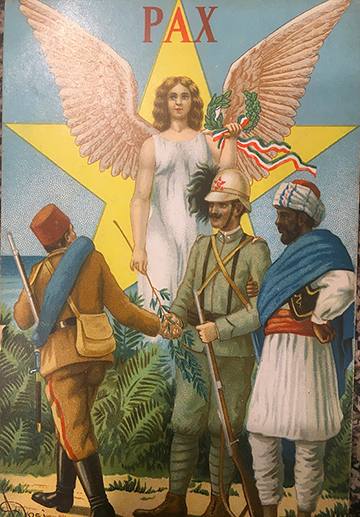 “Pax” is Latin for “Peace”.  This graphic depicts the ceding of Cyrenaica (Libya) to the Kingdom of Italy by the departing (and defeated) forces of the Ottoman Empire in October of 1912.  Italy declared Libya a protectorate, and although the image portrays the native Libyans as grateful for Italy’s help, it took 20 years for Italy to stamp out the last resistance to colonization.  In the occupation of what Mussolini called “Italy’s fourth shore,” the Italians beautified Tripoli, excavated the Roman cities, and presided over the death of as much as a quarter of the population. 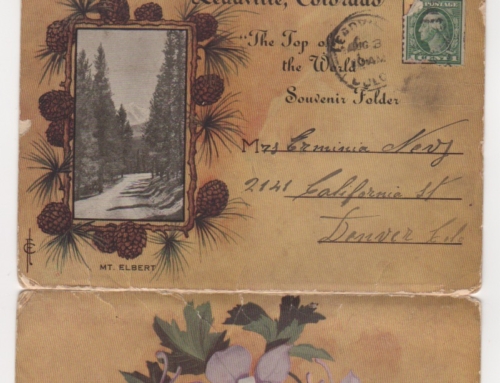 A letter from Ralph to Erminia while they lived in Colorado