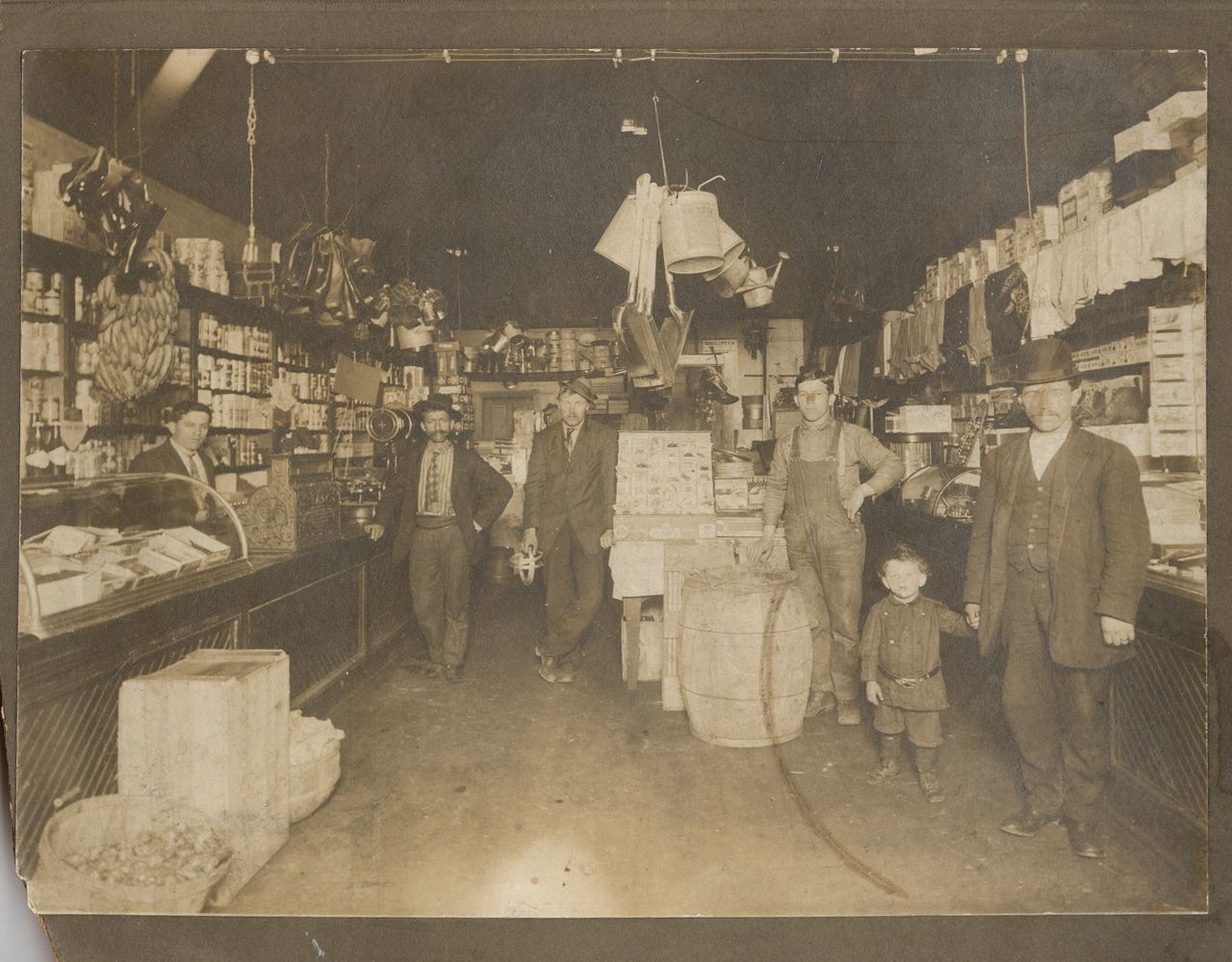 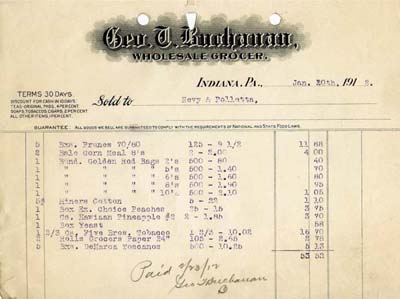 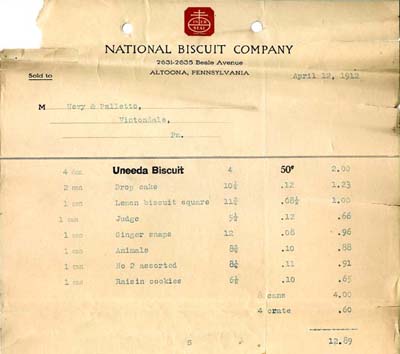 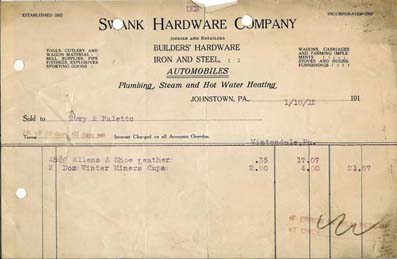 Wish I could have gone into the attic of the store with you. Don’t know if you realize it or not, but my home, the home I grew up in, was attached to the REAR of the store toward the alley and the creek (pronounced “crick” in Vintondalese), where an extension of the store exists right now.

I went to a Vintondale Labor Day reunion last year where they had old photos of Vintondale, and what had been a myth seemed to have been dispelled: My home was the original store. It was moved back and the present store building was built in front of it right on Main Street. The picture I saw of the store at the Vintondale Homecoming was OUR HOUSE, right on Main Street!

My home-part-of-the store burned in mid 1960’s because the furnace for the entire store and for Louie and Italina’s apartment above the store was located in the basement under our home. Adjacent to the furnace was a huge coal bin which had just been loaded with a new load of coal, and it was tightly loaded to the top of the bin.

Well, my Mom and my cousin, Bob Avalli, who was staying with my Mom at the time (since his house had been sold after the death of his Mom and Dad) were smelling something strange for a few days but did not know from where the smell was emanating. In the middle of the night a day later, Bob awoke to the smell of smoke and went downstairs to find the basement and the house afire…as a result of spontaneous combustion of the tightly-packed coal in the coal bin. Our house was completely damaged and Bob and my Mom barely escaped in their nightclothes!

After that, our 2-story house was torn down, and a one-story addition was built as an extension of the store where dry goods, etc, were displayed after the store became Nevy’s Superette.

I had played in Italina’s attic for years as a child! It was a wonderful place, and even then it was loaded with a lot of stuff that had been accumulated from the days when Mary and David Nevy lived there, along with
my grandmother, Caterina Grassi Nevi, Mary and David moved from there to Cumberland, and then Louie and Italina moved in with their two sons, Mario and Eddie.

It was like musical chairs because Louie and Italina lived in what had later become our house. They moved in to the apartment above the store when Mary and David moved to Cumberland. We had lived in a duplex house on 2nd street with Joe and Jennie Pioli, but with our family and Joe Pioli’s family growing, my dad sold the house to Joe and we moved to the rectory of the Hungarian Church at the bottom end of Vintondale. We moved into the house in back of the store when Louie and Italina moved upstairs. See what I mean by “musical chairs?”

You got me so interested in all the Vintondale memorabilia, that I was doing a lot of reminiscing. I am probably the only person remaining who remembers anything about your great grandmother, Caterina Nevi. I was her “pet,” and she used to sneak me into her bedroom and give me candy and trinkets. It was my Mother and I who went into her bedroom one morning to get her up and discovered her on the floor. In the middle of the night she had suffered a stroke and died a few days later. We had all gone for a ride to Cresson the day before the stroke, and we stopped at a spring near the Horseshoe Curve (nearer Altoona) as was our wont to do. I remember (and I was only 4 years old) that some in the family blamed her stroke on the fact that she had drunk some of that spring water!

Anyway, I also remember that, as was the custom in those days, the wake was held in the living room over the store. My mother did not want me to see Nona in her casket…thinking I was too young, but Italina convinced her that I should see her lying in state…and I did. I still remember the old fashioned baskets of flowers that surrounded her coffin. As a matter of fact, somewhere in my collection of photos is a picture of her in her casket…again, another custom of the day.The only other thing I remember about the funeral was that as the cars were being lined up to go to the church and the burial in Blairsville, PA, I wanted to go in the car with my cousins, Anita, Alma, and Dolores, Anita was my playmate at the time since we were very close in age. My Mom and Dad wanted me in their car in the front of the cortege, and I remember our police officer in Vintondale, Jack Butala, all duded up in his grey police uniform, came and got me, plucked me through the window of that car
and put me in Mom and Dad’s car, much to my chagrin. The story was that I put up a real fuss…as I was known to do…MANY times!

Eddie Nevy always told the story that when he and Emma Nevy accompanied my Mom and me on a trip to Italy, I was so bad they wanted to drop me overboard! He never let me forget about it. He mentioned it again just a few months before he died.

Anyway, that is the last memory I have of Nona’s funeral in Vintondale….
Still very sharp after 70 years! 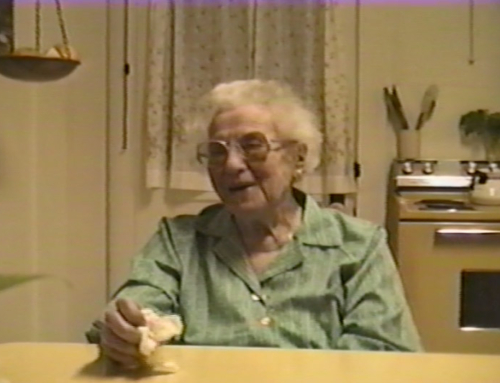 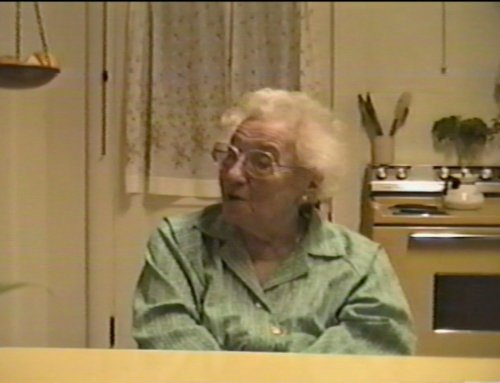 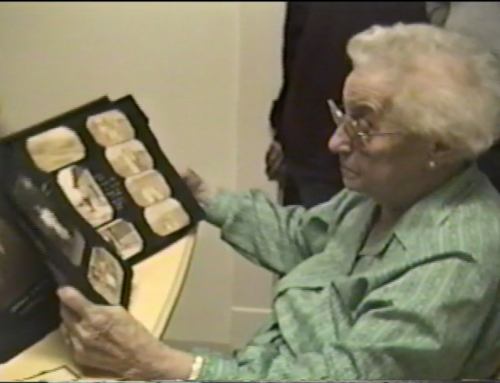 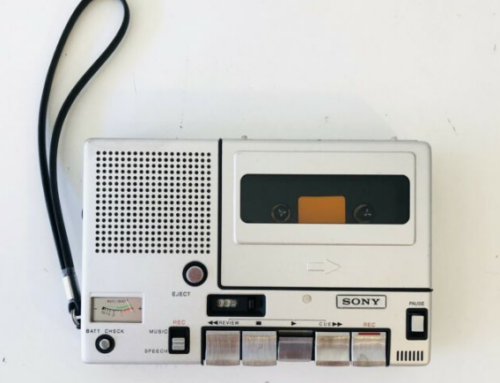 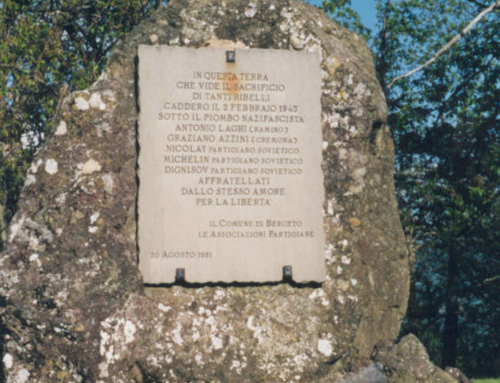