As recounted by Inez Nevy Albetta:
There are two professional photographs, one showing the four brothers — Louis, Ralph, in the center is the Italian Consul, then Henry, and David in that order. I do not remember if he was from Baltimore or Washington, D.C., but remembering Mr. Grande, it was probably Washington, D.C. Charlie must have been “on the road” as they used to say.

The second shows them with all the salesmen and factory workers, also in front of the Cumberland Macaroni Mfg. Co. truck. I am not certain, but I would assume these pictures were taken on the 15th anniversary of the factory opening, 1915, so they may be dated 1930 —1931. I only remember we moved to Fayette Street shortly after Mr. Grande left and I was about to become a senior at Allegany High School (1934 — 1935). 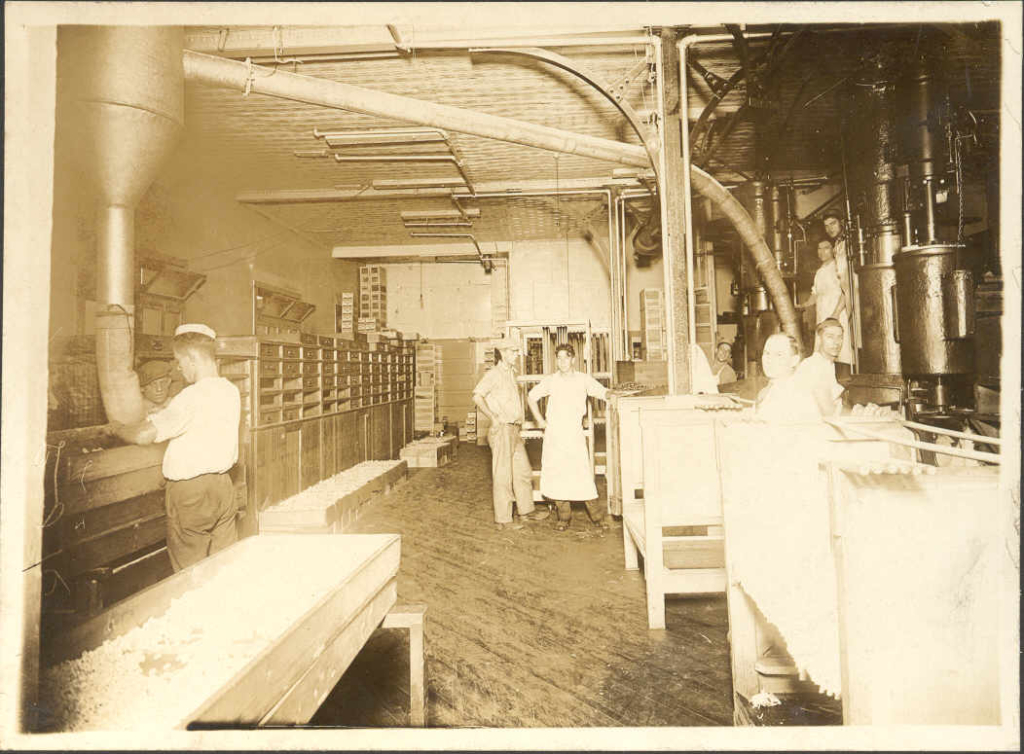 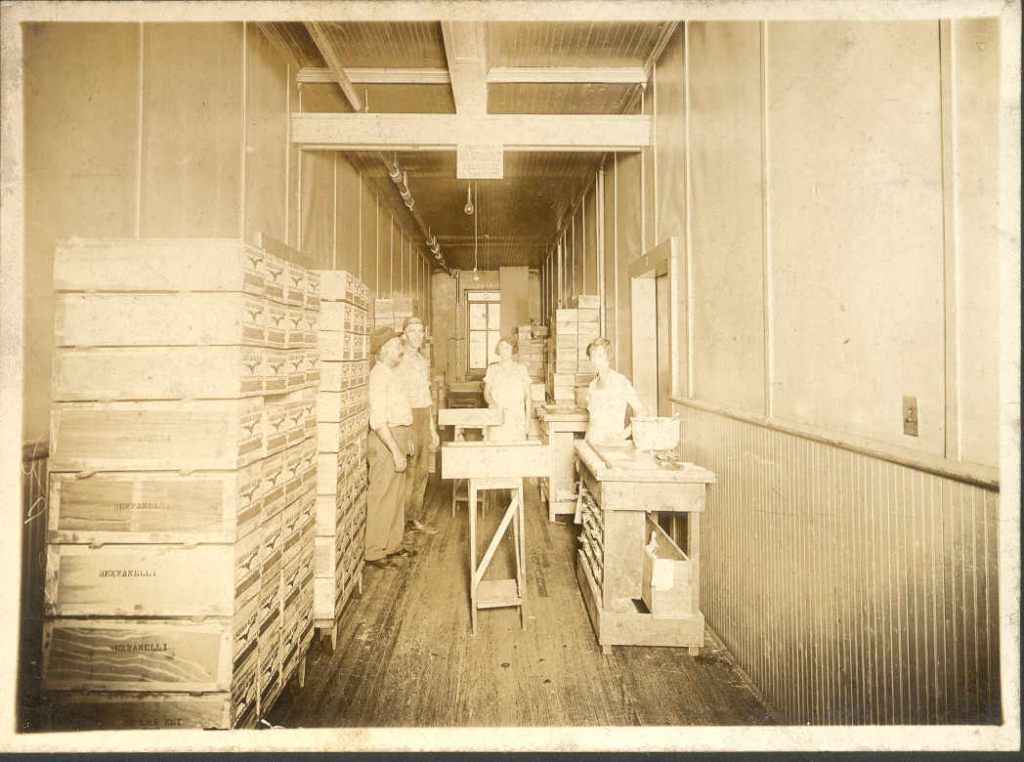 As recounted by Ralph Nevy:
I told my brother to give me the money that belong to me and I went to Colorado with my wife. They gave me about $3000. I had enough money and I went to Denver.

Then the brother that married this woman that threw me out, he came home and he found out. He was disgusted. He was disappointed and he wrote me back and said: “I want you to come back with us.” And I waited because I stayed in Colorado 6 or 7 months and I didn’t know whether I would come back or not.

But he insisted. He said, “You come back and we are going to start a macaroni factory and I’m going to put you manager.” And I thought, “Okay, I’ve got a job.” So I came back and they sent me to Cumberland.

As recounted by Erminia Nevy:
It was 1917, no 1915. We only stayed there [Colorado] six months and then they called us to come back to Cumberland and start the Macaroni factory.

His brother wrote: “Come back with us, come back with us.” And then we were in Pittsburgh and we were going to buy a grocery store there but the banks pulled out. They wanted $40,000 I think for the whole thing. I think it would have worked. Then his brother and begged him to come. “What do I know about macaroni?” “Well, you’re the youngest one. You’ll learn.”

As recounted by Jeanne McDonough Nevy:
A long time ago, during World War II, Nonno told me that the Nevy brothers had purchased the land for the factory from my great-uncle, George Landwehr. He was my grandmother’s brother. Nonno said further that Mr. Landwehr never came around in later years to see how they were doing. Doesn’t surprise me!

George Landwehr was a well-to-do man and owned a lot of land around Cumberland. When he died it all went to his wife’s family. All of the Landwehr’s are in the cemetery at SS Peter and Paul. My grandmother was the last one. She never mentioned the land sale; I doubt she would have known any of her brother’s business affairs — they were close-mouthed Germans!

I think Nonno felt that Aldo & I were pre-destined to meet because of this!

As Recounted by Laura Lander
About the name “Alpine Eagle” I guess it is not news to anyone that when they were trying to think up a name, Nonno, who had just returned from the war, thought of the name of his regiment in the Italian army, “Aquil Alpina” (Alpine Eagle). Everybody liked it.