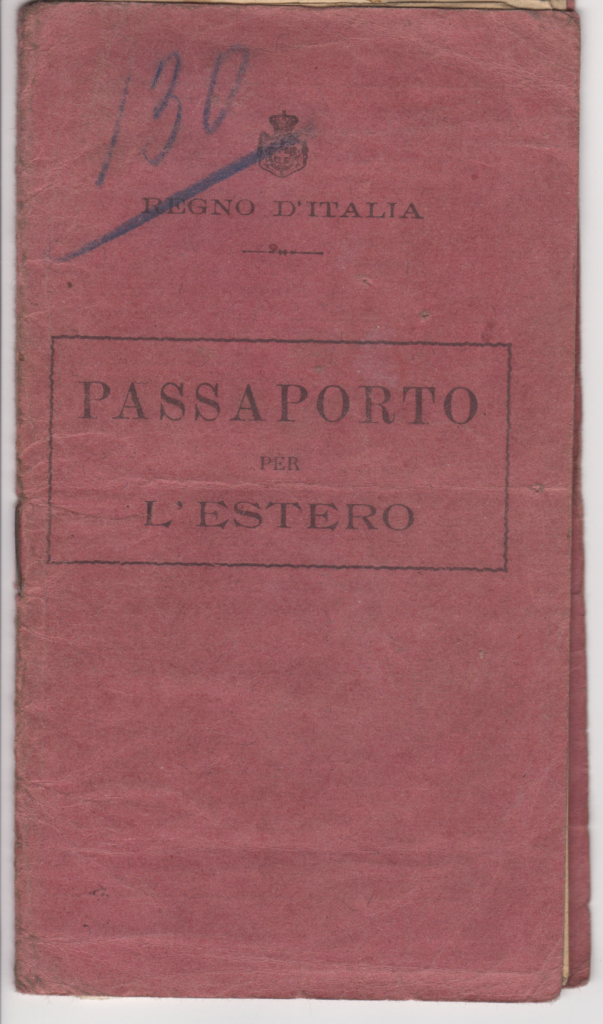 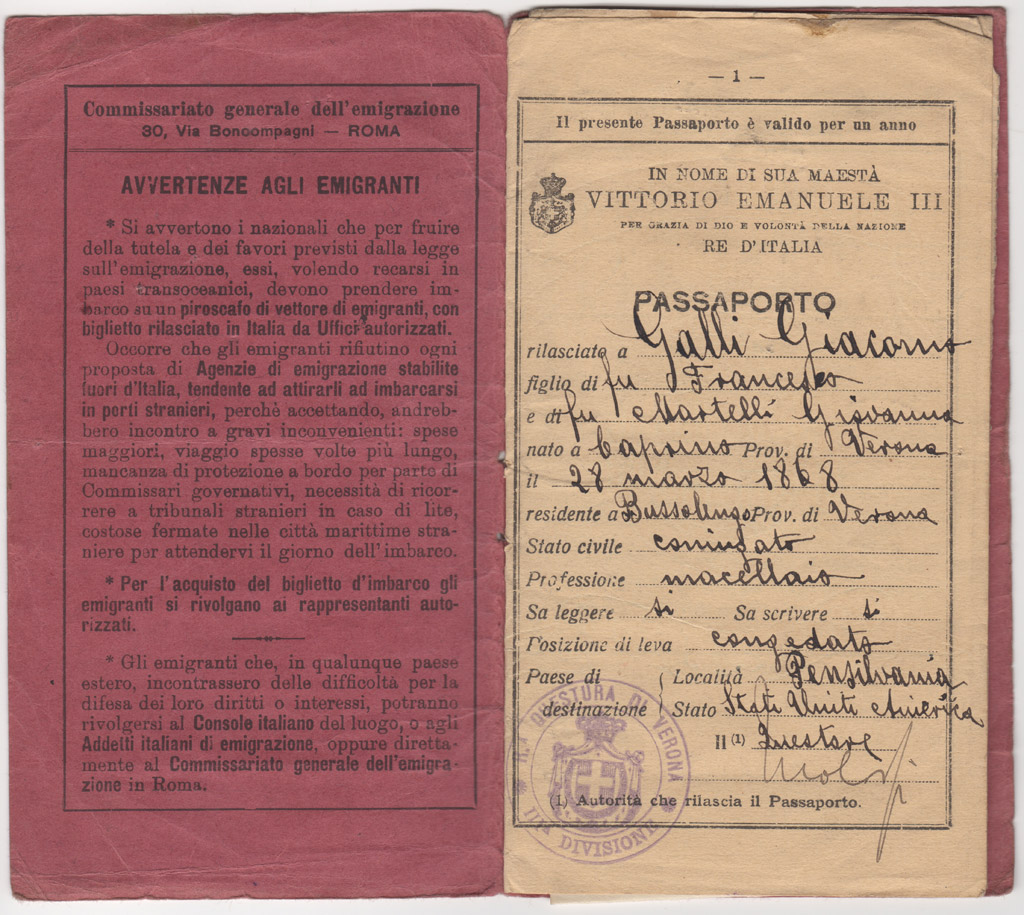 This passport is valid for one year. Dated February 21st, 1923 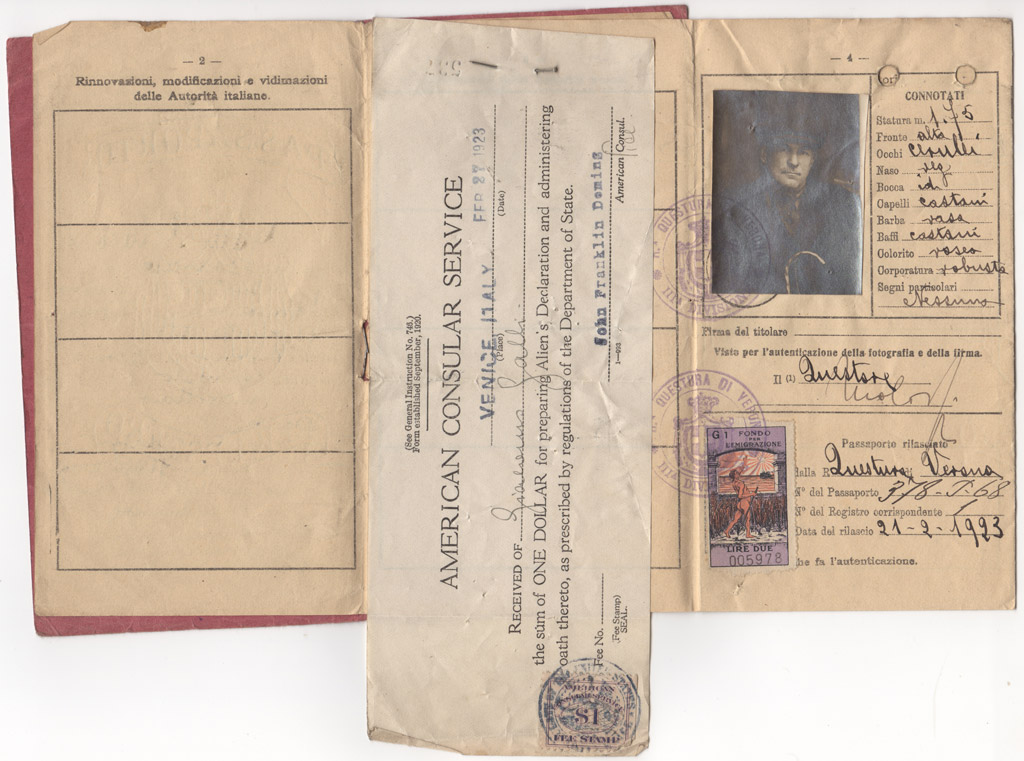 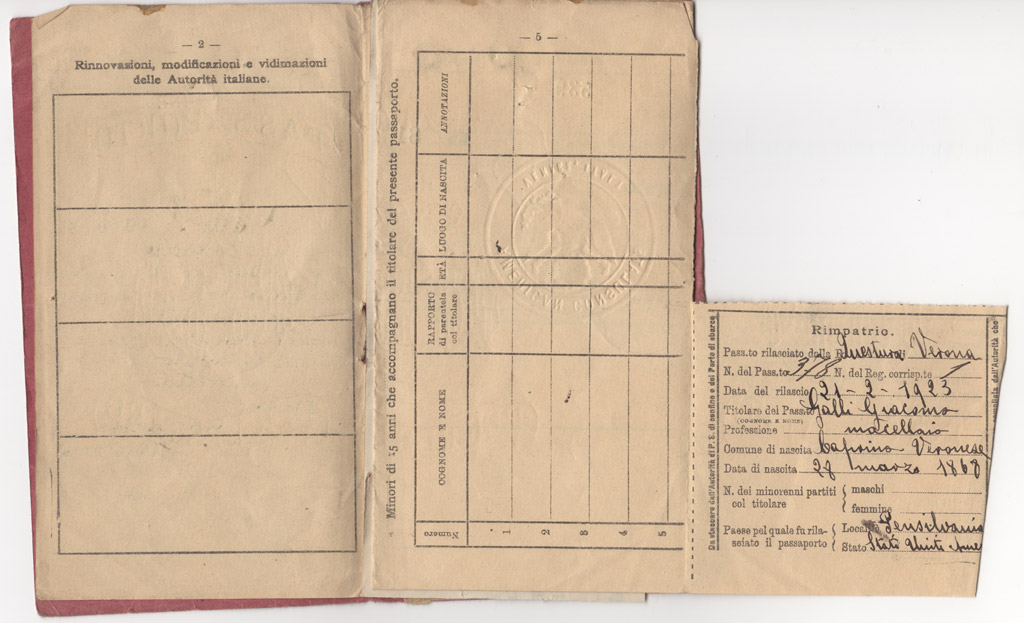 (the following document, pinned to the passport is is English.)
AMERICAN CONSULAR SERVICE

Received of Giacomo Galli the sum of ONE DOLLAR for preparing Alien’s Declaration and administering oath thereto, as prescribed by regulations of the Department of State.
(stamped) John Franklin Domig
American Consul

(description next to passport photo:) 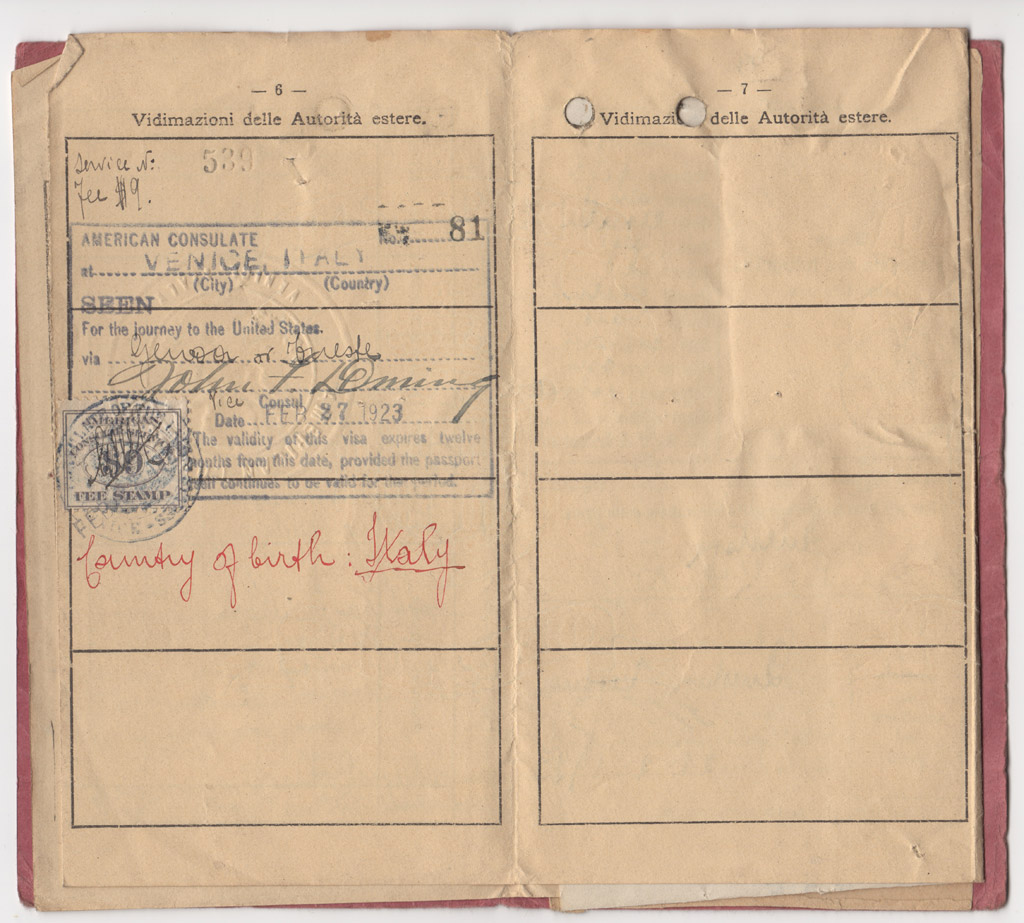 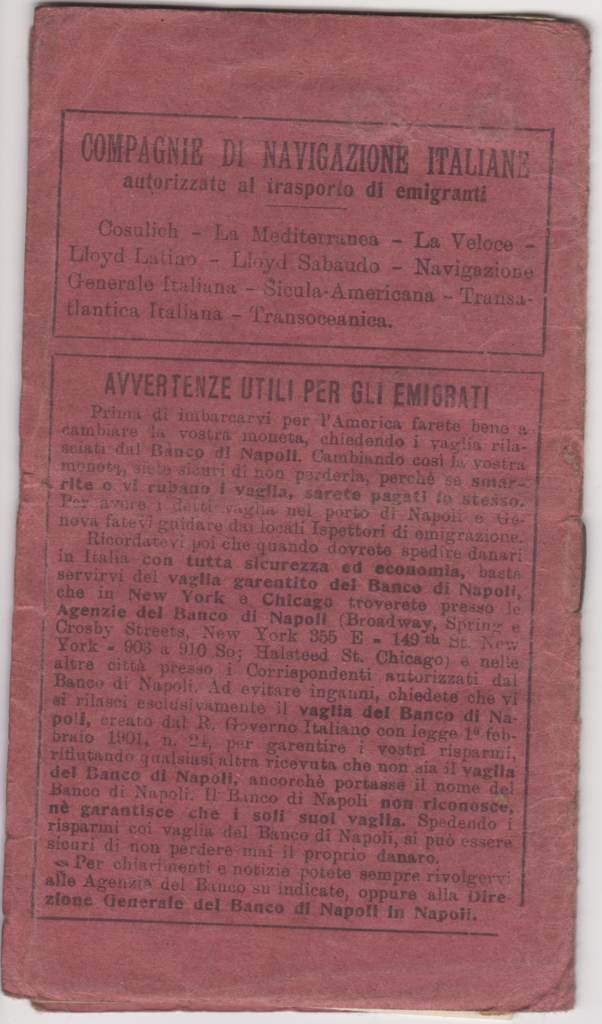 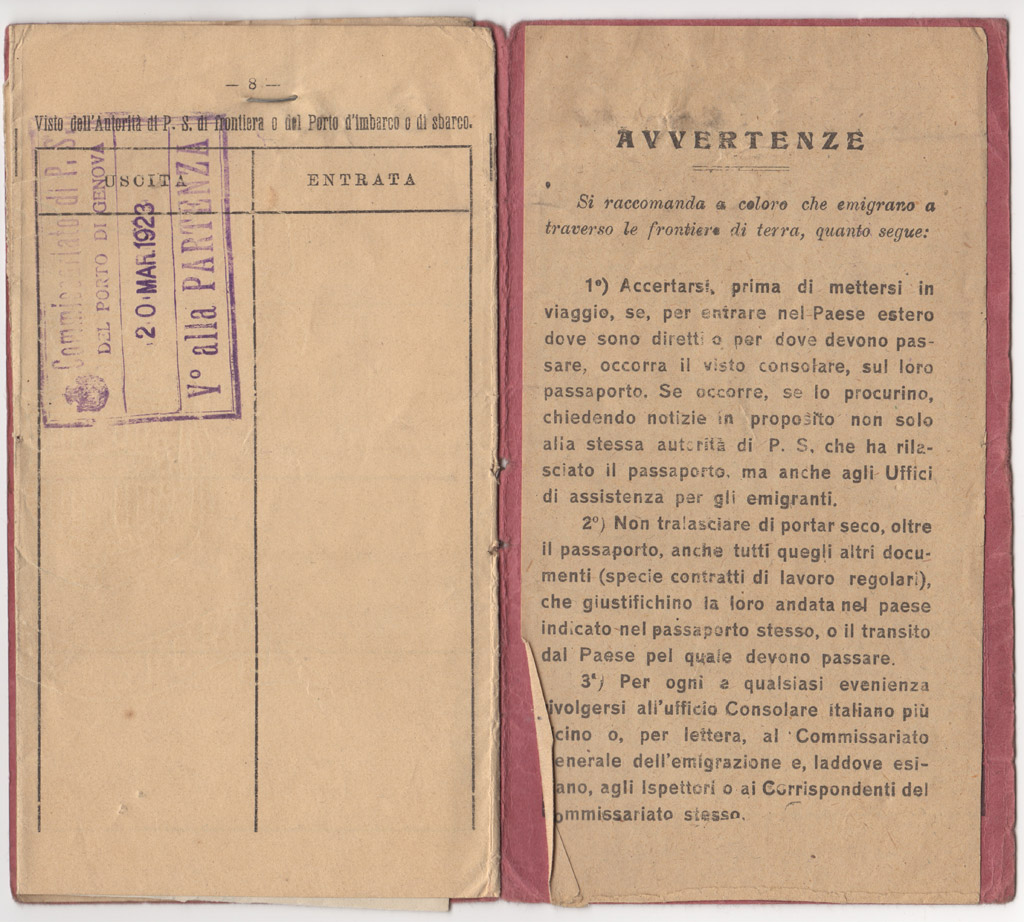 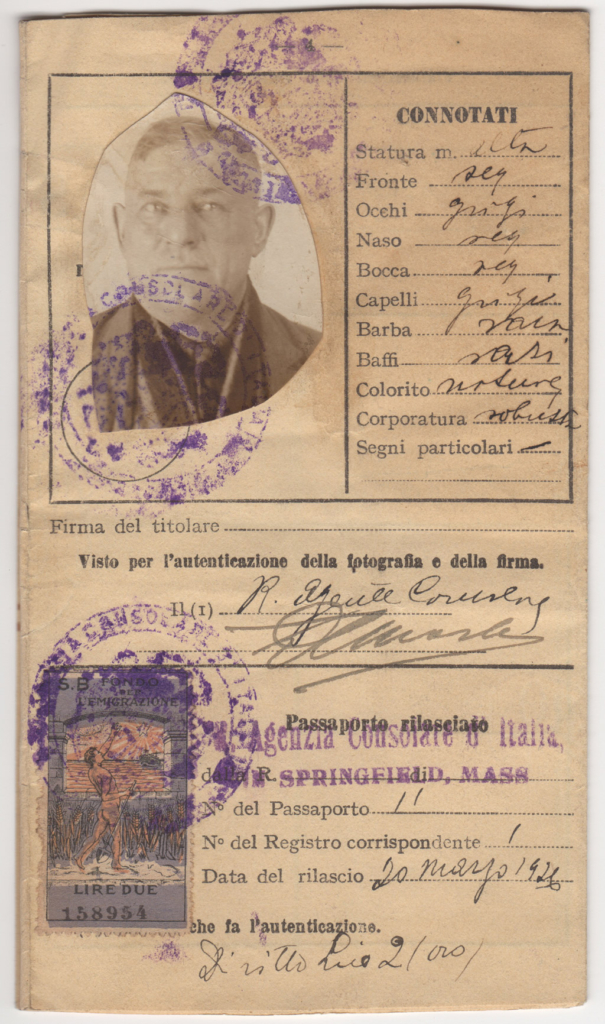 (above is Giacomo’s 1926 updated passport)