Giacomo’s Permit to Reenter the U.S.

March 25th, 1926. Giacomo Galli, an alien lawfully admitted to the United States, was issued a permit by the United States immigration service to lawfully be re-admitted to United States, returning from a temporary visit abroad. He is described as being 5’8, 200 lb, dark complexion, gray hair and brown eyes. (This is different than earlier descriptions). He is clean shaven in the photo. 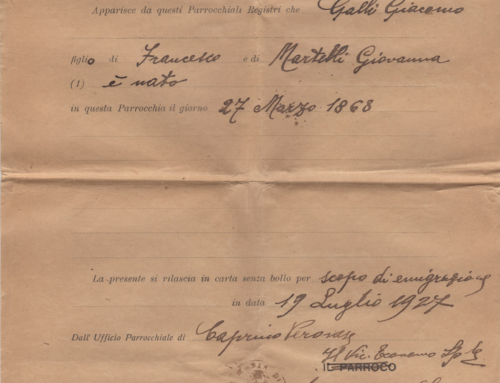 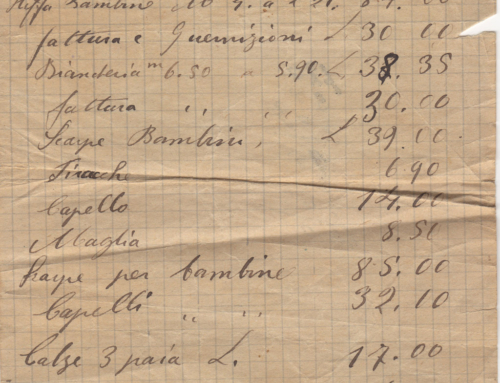 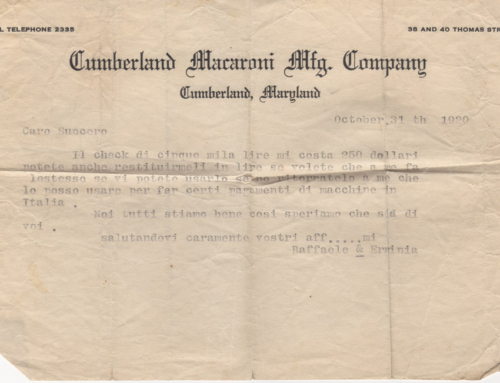 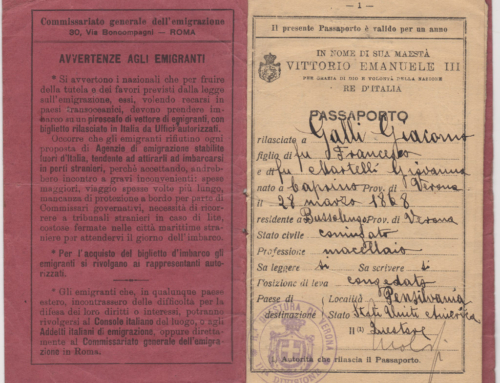 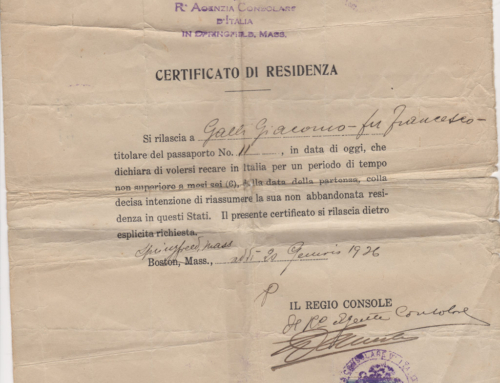